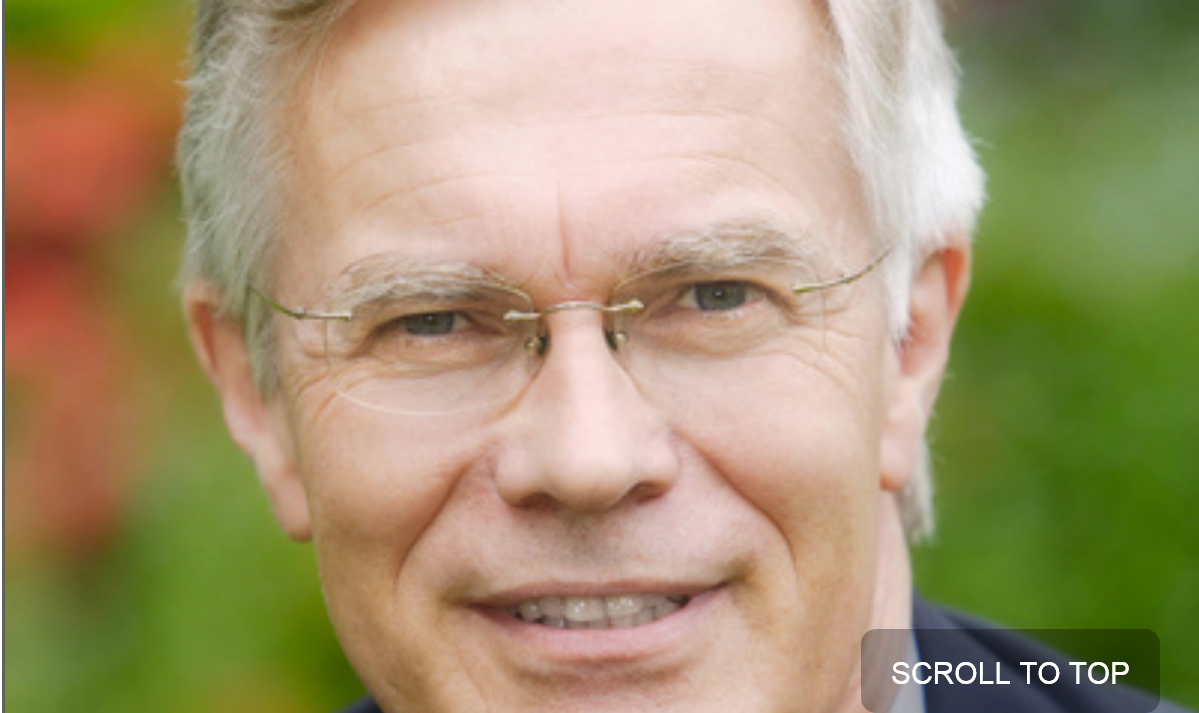 Thought Leaders Forum on Oct. 29 will explore what it would take to make Alberta and Canada renewable energy leaders
By Bob Blakey
October 24, 2014

Bertram Fleck is a lawyer and long-serving chief administrative office of Rhein-Hunsrueck county in Germany. Under his leadership, the county has become a net energy exporter by harnessing wind and solar energy.

Imagine living in an area with 100-per-cent renewable electricity. Science fiction? Not according to two German experts on renewable energy who will tell a University of Calgary audience next week what it’s like, how you get there.“Many people might think that 100-per-cent renewable energy is a futuristic idea from Star Trek, but it’s happening now in regions in Germany,” says Faculty of Social Work associate professor Mishka Lysack.“It’s remarkable,” says Lysack. “In 10 years, Germany has moved from six- to 28-per-cent renewable electricity. Over nine million Germans already live in regions with 100-per-cent renewable electricity. Today, about 380,000 Germans work in the renewables sector – far more than in oil, gas and coal. ”For location details and to register for the free Oct. 29 Thought Leaders forum, click here.Participants will hear how Germany’s Rhein-Hunsrueck county, with a population of more than 100,000, is electrically powered by wind and solar energy. In fact, the county produces 177 per cent of what it needs, making it a net exporter of electricity.Bertram Fleck, chief administrative officer, says Rhein-Hunsrueck was motivated to decrease its dependence on foreign sources — mainly oil and natural gas — and to create jobs. Reduced CO2 emissions is another benefit.“However, the most important reason for us was the explosive growth of energy costs, for which we had to find an alternative,” he says.“Nationally, the energy supply in Germany was and still is dependent on imports from Arab countries and Russia. In 2012, $130 billion Canadian was spent on energy imports nationwide,” says Fleck.Remarkably, the renewable energy suppliers have mostly been small, community-based power generators, sometimes single-family dwellings. In all, there are now two million power generators in Germany. Lysack believes the model offers important possibilities for Albertans.

“People in regions of Alberta value being energy self-sufficient, creating local jobs, and being resilient to the shocks of price fluctuations,” he says. “There are social, economic and environmental benefits, as well. That’s why Premier Prentice has been talking about a coal phase-out, highlighting renewables as a priority.”

The German renewable-energy movement has had remarkable success, and yet has had its challenges too, says Christine Wörlen, a Berlin-based consultant who has worked with national and international agencies on renewable energy for the past 15 years.

At first it was a smooth ride, as the public’s enthusiastic embrace of renewable-energy projects took everyone by surprise.

“Then that record growth doubled and the year after that, it doubled again. We were constantly exceeding our expectations.”

But in the past year, the four major electricity producers have fought back. Marketing campaigns claimed that German consumers pay more for electricity because of renewables. Fleck says this argument ignores the fact that traditional power has long been subsidized by government.

“We are now experiencing a backlash in terms of policies. The large utilities are losing revenue,” explains Wörlen, because the law ensures renewable energy is used before other forms, which creates redundancy in portions of fossil-fuel-based electrical power.

Canada can benefit from Germany’s experience, she says, partly by emphasizing how hundreds of thousands of jobs were created in her country through community-based power generation. Also, renewable technology such as wind and solar equipment is much cheaper now than when Germany began to adopt it.

“The renewables trend is going to continue because, on a global scale, everything points in that direction,” Wörlen says. “It’s the only choice that makes sense.” The share of renewable electricity in Germany rose from 6% to nearly 25% in only ten years. It is estimated that this share will be more than 40% by 2020.

More than two decades ago, Germany adopted the first feed-in-tariff regulation, followed in 2000 of the Renewable Energy Act (EEA), giving priority to renewable energy generation to the grid. The Germany’s development bank KfW was also another tool mobilised in the energy transition: it supports municipalities and other actors to invest in renewable energy and energy efficiency.

The economic spinoffs are numerous, including:

Born in 1949, Bertram Fleck is a lawyer and since 1989, Chief Administrative Officer (Landrat in German) of Rhein-Hunsrueck County, Germany (101,000 inhabitants, 400 employees). Prior to this, his high level civil service experience includes working in various tax offices in the financial administration of Rhineland-Palatinate, in the regional tax office, and as personal assistant to the Minister of Finance (equivalent to Treasury Secretary in the U.S.). Mr. Fleck has more than 23 years of experience in regional administration and sets priorities on various projects in the areas of climate protection and renewable energies.

2) Dr. Christine Wörlen, founder and CEO of Arepo ConsultDr. Christine Wörlen is the founder and CEO of Arepo Consult, a small consulting company on sustainable energy in Berlin, Germany. She has been working in renewable energy for 15 years, starting with her work for the German parliament’s study commission on sustainable energy and her doctoral thesis. As Programme Manager at the Global Environment Facility she was responsible for the GEF grants for the World Bank, UNDP, UNEP and the regional multilateral development banks’ project in renewable energy in developing countries and emerging economy. Later as Head of Renewable Energies of the German Energy Agency dena, she managed support programs to German renewable energy companies and renewables’ grid integration. At Arepo Consult she is advising policy makers, NGOs, companies and international organizations on sustainable energy policy, monitoring and evaluation and the German Energiewende.